Most people are familiar with the cleaning on a small scale with what they might have seen on television or read in a non technical article. Today with spread of unfamiliar and new types of pathogens everyone has become an expert on cleaning and remediation. Every newspaper and magazine has started to publish articles on how to clean your house, car and your local work environment. What they all seem to miss is that non matter how diligent you are very likely going to overlook something and unintentionally omit hard to reach locations.

Traditional disinfection and sterilization has relied upon manual surface application. Unfortunately some of these methods left a residue and there was always the question of using unsterile applicators. Using an unsterile cloth to wipe down would simply recontaminate whatever it was you were trying to keep clean.

Two events changed how we would start to look at large scale disinfection. Between 2014 and 2016 NASA, EPA and Homeland Security were looking at ways to combat the spread of Ebola as well as the threat of biologics in large spaces. Whatever the process was it had to effective over multiple materials, fast and easy to use.

This is the genesis of using Hydrogen Peroxide in fogging devices. You no longer have to worry about reaching inaccessible areas or inadvertently missing something. The EPA and HS have done large scale testing ( EPA/600/R-16/321 ) with subway cars to test the efficacy of this methodology. Testing has show the type of fogger used is not as important as making sure that the fogger was run for the period specified to provide required coverage of area. EPA testing shows that the kill ratio is improved with temperatures 20C or higher but is also effective as low as 10C.

Fogging is now effectively being used to decontaminate ambulances, schools and extensive use by aid groups in camps for displaced persons. EPA and Homeland Security tests were run at 8% to 22% H202 concentrations partly to evaluate the issue of surface damage and none was found on thirteen items tested. There is always the issue of corrosion and testing by Sandvik shows that at the 2% ratio there is no corrosive effect. The Chemical Engineers Handbook does not even show results below 1%.

We are applying technology that is tested on a large scale, proven to very effective, time and cost efficient but may be unknown to the general population. California’s regional railroads are fogging weekly. The key idea with fogging is consistencey as the as the device creates ultra fine droplets in the range 1-5um with residue reaching everywhere. 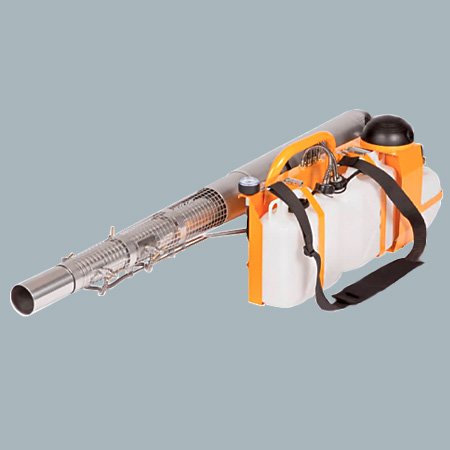